Leap into the void

During my transition from single-parent-homeowner-commuter-office-worker to itinerant sailor, I often said that the process was a kind of suicide, a killing off of an old life, of what no longer served me, of the person I had been. Like one preparing for suicide, I lost interest in my life, gave away my belongings, let go of attachment to things, people, places, and situations that were no longer positive.
​ 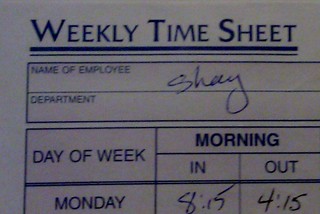 I earned income through the one position I had found after 1.5 years of job seeking, which included 14 months of unemployment. I had also renewed my job search shortly after the federal raid on that employer’s home and business. Yet, three years later, I was still chained to a desk in a basement doing work I didn’t like, for an employer who was ​mean, ungrateful, devious, and involved in illegal activities.

I knew the stats on older job seekers, those without a college degree and security clearance, and those who had been unemployed for more than six months. I didn’t just know the stats; I experienced them first hand. I had applied for almost 400 jobs over the course of five years, and tapped out my network, too. In that time, I had seen the number of job listings fall off sharply, the pay level decline and qualifications rise. Jobs for which I had qualified seven years ago now required a B.A. and they paid $10,000 less than they did back then. I recognized that this Engineered Austerity Economy pushed The Great American Dream out of my reach. My options were to keep making a 75-minute commute to spend most of my time in an isolated and ​increasingly ​abusive work environment in order to pay down the underwater mortgage on a house I no longer needed, or blow off everything conventional and do what my heart desired. Though the thought was terrifying, the latter was my only true choice; to stay was to die a little every day, and it made my life a misery. There was a lot of fear involved in making the choice to live and to have a life, and some danger, too. However, I did not base my decision on fear, but facts, and on listening to my inner voice.

I walked away from that horrible job in the most professional manner possible, fully aware that I would have to sacrifice everything — all I had spent 30 years trying to build — in order to move into My Whole New Life. 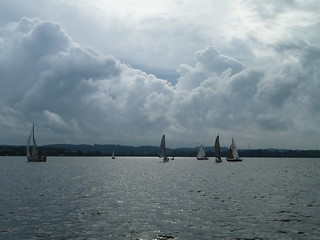 A year later, I completed the arduous process to shut-down my life. I gave away nearly all of my belongings, fledged my young adult children, fixed up my house, and turned it over to new owners. All I had left were a car and a few bags of belongings. Also, a whole new self, the person I had yearned to be, but was prevented by the traps of convention and my unhappy attempts at a normal life.​

I leaped empty-handed into the void, having to trust that I could fly, and I found that I can. Most people do not need to take such leaps, but many can find smaller hops that make their lives turn for the better. What about you?

6 Responses to Leap into the void